A tutorial on how to make an LED roulette circuit using 555 timer & 4017 IC on a breadboard. This circuit replicates the functioning of circular roulette wheel. Circuit diagram, detailed steps to build this circuit and an explanation of its working is also included.

The roulette wheel consists of certain numbers arranged circularly and each person who plays the game has to bet a certain amount against any number he/she chooses. One person need to touch a pair of touch contacts provided at the left side of circuit. Then the LED’s rotate for some time and come to halt at a random number. The persons who bet money on the number at which the LED stops will get all the amount that has been bet by everyone who played that particular game. 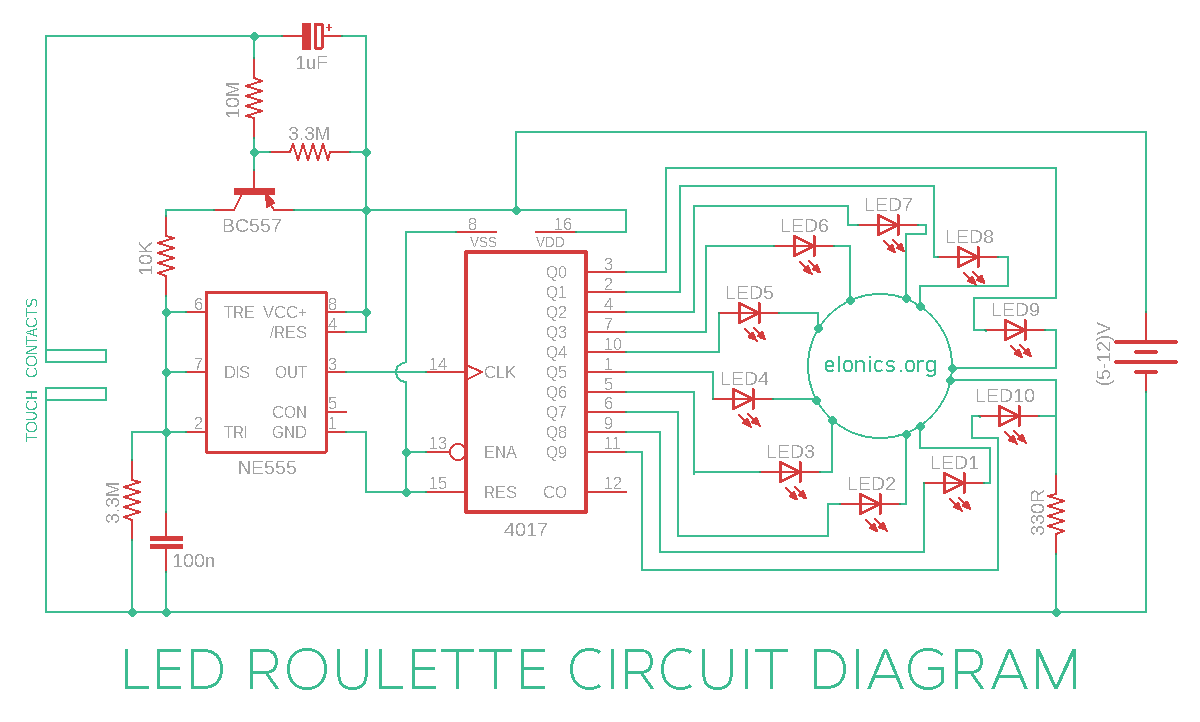 Click on the circuit diagram for full resolution image.

Watch the video above, for better understanding on how this LED roulette circuit works.

When you touch both the touch-contacts:

When we remove finger from touch-contacts:

This LED roulette circuit can also be used as an LED dice. To use only 6 LED’s instead of 10, you can disable outputs 7,8,9,10 outputs of 4017 IC by connecting its 7th output of 4017 IC to its reset pin via a 10K resistor. So the moment the 7th output turns on, it resets the IC and the output switches back to 1st LED.

If you have any queries/suggestions, feel free to post them in the comments section of this video: LED Roulette Circuit using 555 Timer & 4017 IC