A tutorial on how to make a Machine Gun Sound generator circuit using 555 timer IC and a few other electronics components. This circuit simulates sound similar to the audio emitted from continuous triggering of a machine gun. The output can be further amplified and used with high power speakers.

Watch the video above for detailed step by step instructions on how to build this circuit. We will also look at how to change the timing gap between successive firings later in the video. 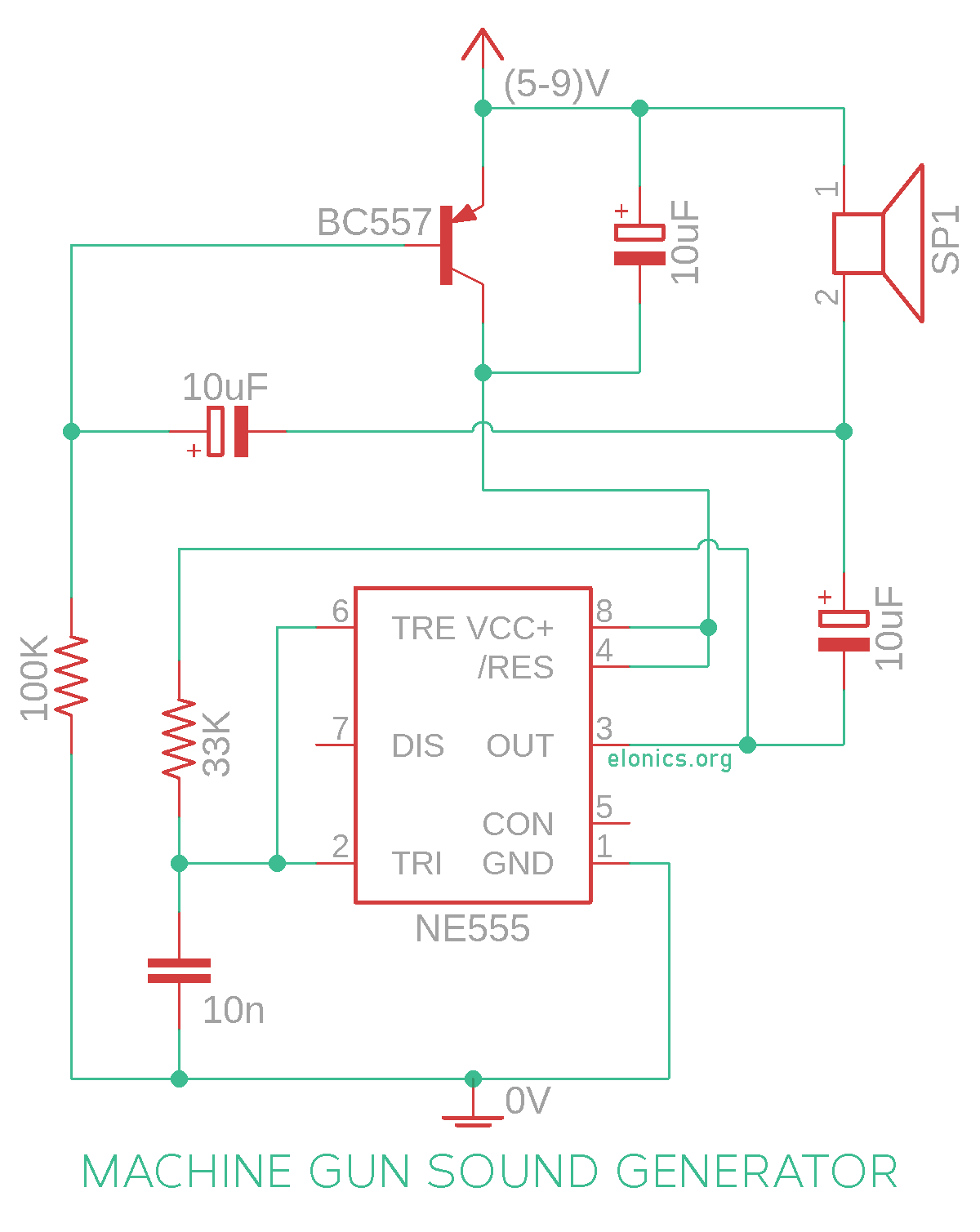 The 100 Kilo Ohm resistor controls the time gap between each firing sound emitted from the speaker. Increasing its value will slow down the sound and vice versa. You can also experiment with using a slightly different capacitor in place of 10uF capacitor connected between 100K resistor and speaker.

Although the sounds produced from this circuit are very identical to the audio emitted from real world machine guns, the timing between each firing is constant.

In order to make it feel more intuitive we can have a variable timing gap between each firing and change it depending on the amount of pressure applied on the switch/button. One way to achieve this is by replacing the 100K resistor with a variable sliding potentiometer. A spring mechanism can also be arranged such that the potentiometer handle reverts back to the original position after removing the applied pressure.

If you have any queries/suggestions, feel free to post them in the comments section of this video: Machine Gun Sound Generator Circuit Using 555 IC