Do watch the video above for step by step instructions on how to build this circuit, and for understanding how this touch sensor circuit works. 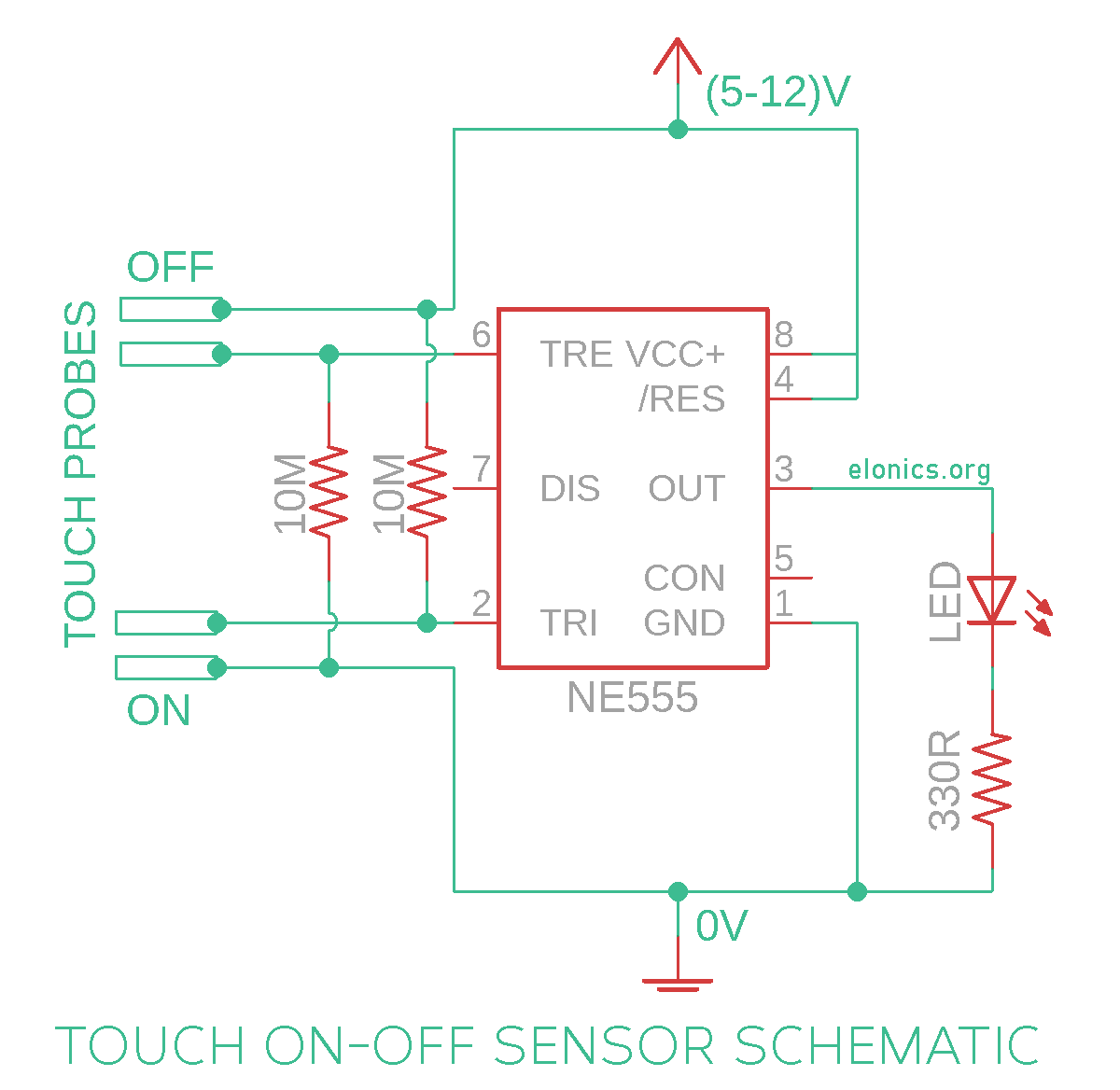 Note: The value of series resistor connected to the LED depends on the color of LED you are planning to use and the voltage of power supply. You can find the corresponding values in the video

The 555 timer IC has two sensing pins and one output pin. The sensing pins are Pins 2 & 6 (named as Trigger Pin and Threshold Pin) and the output is Pin-3.

In the circuit diagram shown above, Pins 2 & 6 are connected via 10M resistors to the opposite polarities of what affects them, to keep the output stable. Since Pin-6 changes the output if it sees more voltage, it is connected to 0V through 10M resistor by default. Similarly is with Pin-2 to prevent unnecessary triggers by static charges.

And in this manner you can continue turning ON and OFF the output with just a touch of your finger!!

If you have any queries/suggestions, feel free to post them in the comments section of this video: Touch On-Off Sensor Switch Circuit Using 555 Timer IC